The possible motives behind Nero’s inclination as an artist have already been discussed in the essay regarding Emperor Nero’s character. The following sections will have a look at Nero the artist/entertainer:  Nero’s court, the “aula” and the Nero Youth – the “Augustians” Nero was particularly attracted by the arts and surrounded himself with men of culture […] 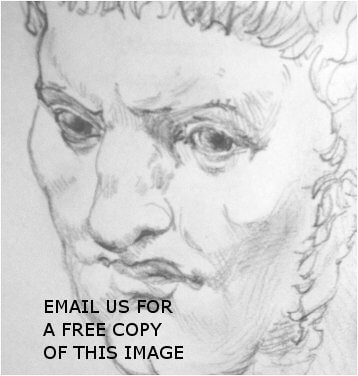 This entourage of lovers of culture and art were as young as the emperor himself admiring nothing but the supreme values of artistic freedom, amorality and happiness – a sort of hippy revolution on steroids ie financed by the imperial treasury.

This of course doesn’t mean that there was a lack of organization – there was even an elite corps, a sort of entourage of “Hitler Youth” in fact called the “Augustians” which numbered at least 500 or more, whose purpose it was to defend the emperor and spread his ideology. These were beautiful youths all of whom were of noble rank, dressed beautifully, with their own particular hairstyle, scented in perfumes and trained to applaud the palace performances night and day.

This entourage provided the Emperor with a continuous access to learning and he himself was a keen and rigorous student under the teachings of the most learned musicians, writers and composers, including appropriate exercises and dietary requirements to improve his performance.

Nero’s performances were largely private affairs until in 64AD he gave his first public exhibition in Naples and it would seem that several of his theatre plays and music became extremely popular.

The artistic key is an interesting one to view Nero’s life from:

Nero the artistic and cultural revolutionary

His approach and even his extreme determination to use assassination and bring economic ruin to achieve his artistic and cultural aims are filled with a poignancy which has compelled the attention of later thinkers. From a hard political and economic view point his rather gothic artistic revolutionary dream could be compared to the hopeless struggles of other revolutionaries.

In Nero’s case his was a fight against “derogeance” that upper class disdain for the arts in favour of military and other “proper” employment which to some degree can be considered a hurdle which stood in the way of Roman creativity and hindered ancient Roman innovation and ancient Roman inventions, even in the sphere of technology.

A good number of these accompanied the emperor during his “concert tour” of Greece and Egypt (the Egyptian leg of the tour had to be aborted).

In 62AD he finally embarked on his trip of a lifetime to tour Greece. The journey lasted many months and touched on numerous cities which applauded his arrival with great festivities and public games. A special session of the Olympics was held and it was altered to include artistic events which the emperor himself partook in (and won of course).

Nero stunned the Roman world by pronouncing the freedom of Greece – something approximating the granting of Roman citizenship to all Greek subjects.

The tour was a great success but unsurprisingly the negative events back in Rome (economic recession and unrest of the legions) induced him to make an early return, which he celebrated by awarding himself what was normally reserved for military victors: a triumphal march, wearing a cloak of stars and all the trappings of a victor returning home he and his entourage made its way from the porta Capena (one of the northern gates of Rome) through via Sacra in the Forum and rather than stopping at the temple of Jupiter he chose the temple of Apollo: deity of artists and also sun-god, most appropriate for his flamboyant propaganda aimed at portraying Nero as a semi deity.

The remains of Nero’s vision lead us to the conclusion that he did leave an indellible legacy on Roman art. Sadly nothing remains of ancient Roman music which was one of Nero’s favoured interests but the remains of Nero’s baths and Nero’s domus aurea do attest to a lasting impact on Roman architecture, marble work, mosaics and Roman painting. Nero’s baths set the template for all later imperial baths, with the characteristic symetrical plan. The domus aurea displayed an important Romanisation of architecture: brick and cement allowed greater plasticity of the internal volumes enclosed by the building and hence a totally different personal experience from that achieved in the past. Technology, plastering and colouring coupled with pictorial perspective was used to enhance the spacial impact.

Whilst the domus aurea was largely demolished and built over much of the artwork and achievements were removed to other buildings and generally re-employed.