Hadrian was a great and very learned emperor. He is remembered as one of the “Five Good Emperors”, who ruled 117-138AD, during the empire’s greatest extension, leaving a legacy we can witness to this day.

Emperor Hadrian was a thinker, philosopher and traveller who personally visited the far corners of the empire. One might wonder whether he travelled so far and wide for duty or personal curiosity. Probably both. He was deeply hurt by the death of his young young friend Antinous after whom he named a city and deified. The Emperor died at a ripe age of progressive illness but was hurt that he could not find a rapid death: those he asked to help him die preferred to die themselves.

Anyone interested in this great man should read “The Life of Hadrian” written by Marguerite Yourcenar. A truly great biography. A classic of literature too.

Unequalled architecture such as the Pantheon

The Pantheon and its architecture which he rebuilt according to the daring and perfect design we know today. Not to mention his wonderful villa at Tivoli. 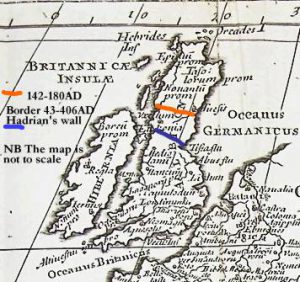 some 30km from Rome. Worth whole guide books by itself. The Emperor included many notions of architecture he had picked up during his travels across the empire.

A wonderful example of the Emperor’s policies of consolidation of the empire’s outer boundaries through the construction of the “Limes“: More than walls, these were relatively flexible areas of commerce, surveillance and patrol against barbarian pressure from the outside.

A great emperor and lover of architecture could hardly die without leaving an impressive memorial tomb to himself and family. So impressive in fact that it was converted into a fortress, now Castel St. Angelo.

Emperor Hadrian died of heart failure in 138AD at the age of 62, having ruled wisely for almost 21 years. He was followed by emperor Antoninus Pius who saw to the termination of Hadrian’s sepulchre and to the building of a temple in his honour, in what is now Piazza di Pietra in Rome.

A man of great intellect and learning. It is fit to remember him also as the writer of one of the deepest and most sentimental of Roman poems: “Animula Vagula Blandula” which speaks to his soul: “My dear soul, light and whisp, guest of my body….”