Map of Rome taken from “The Antiquities of Rome” 1731.
An antique map of Ancient Rome. We have a small collection of maps of Ancient Rome and Roman Empire maps 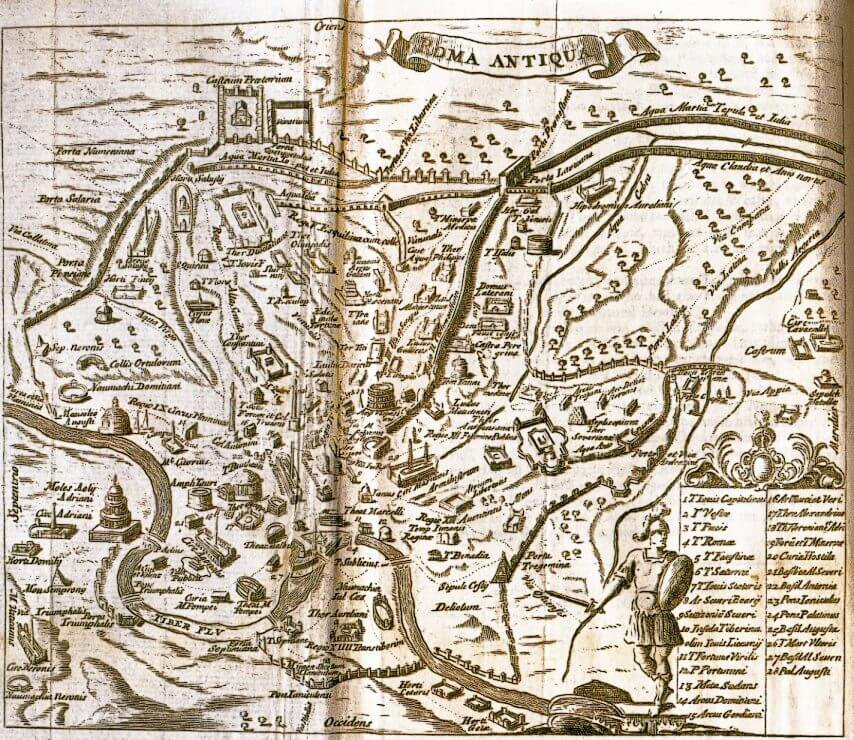 This map of ancient Rome was printed in the 18th century by which time a relatively good representation of what the ancient city must have looked like was already available. A larger version of this map may be seen, allowing the key to be read and various points on the Rome map to be identified.

The north of the city is actually on the left hand side of the map from where the Tiber river may be seen. The bottom left hand side is the Vatican hill, which on the map shows the circus dating back to Caligula andNero and in which Saint Peter is said to have been crucified. Saint Peter’s basilica is partially built over this area.

The Colosseum (also known as “Coliseum” in the US) is almost exactly in the middle.