Nero’s Attitude to religion and Cults

Nero’s Attitude to religion and Cults

Nero’s attitude to religion and cults was open. In line with ancient Roman culture he was a polytheist, aligning himself with the god Apollo. He admired Greek and exotic eastern culture which inspired him to become a self-proclaimed living divinity. This put him on a direct collision course with monotheists like the Jews and Christians who refused to accept the divine supremacy of Jupiter, the Capitoline triad and the Emperor himself. 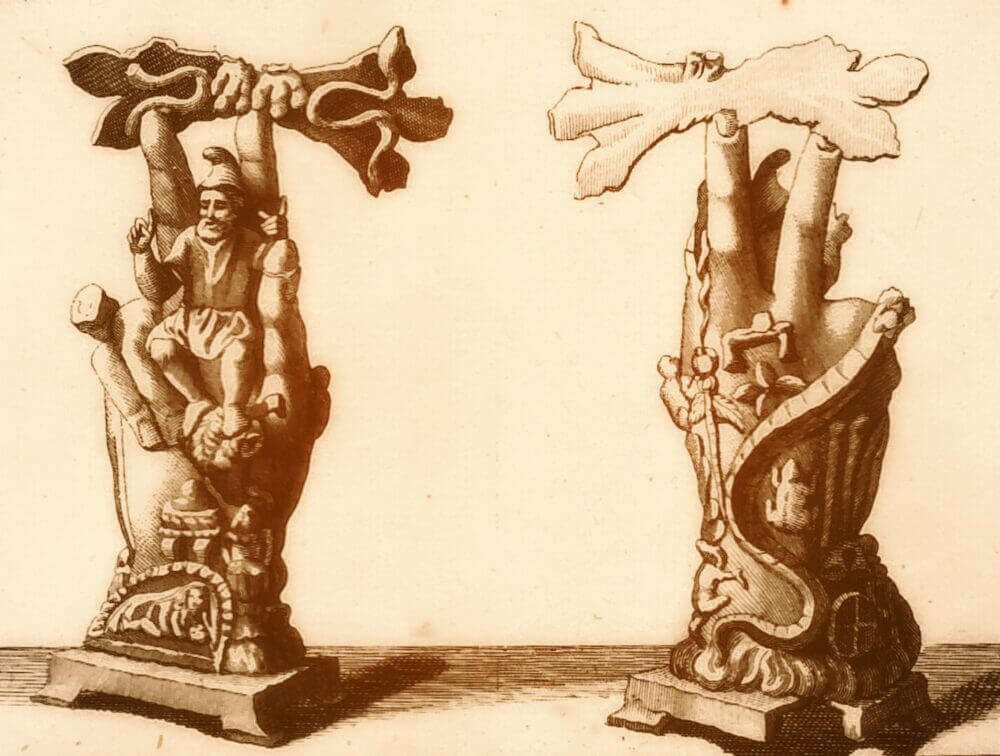 Nero’s attitude to religion and cults was very open, too open for many. He came from a firm grounding in ancient Roman polytheism, after all, the Julio-Claudian dynasty to which he belonged through his mother Agrippina had fashioned descent from Mars and Venus themselves. Unfortunately his father’s side had no such lineage. He also had an active curiosity for other, more exotic eastern systems of thought and religion, such as the cults of Cybele and of Mithras. This put him in direct contrast with various parties around him:

Nowadays, we can see similar dynamics of ideological clash in places like Afghanistan, where radicalised monotheism and more liberal systems cannot easily dialogue.

As a practical experiment it is interesting to use the 3 lenses to read and consider a few of the scandals surrounding Nero. For example:

Whilst on the one hand Nero’s own character lent itself to bizarre extremes we can also recognize numerous connotations of religious initiations of various sorts. It would not be difficult for these to be later passed down to us with a note of scandal, in very much in the same way that the Roman pagans might have described a Christian Eucharist as a cannibalistic event.

Magic and Mysticism was very common in ancient Rome and it was also perfectly normal for the ruling class to drive propaganda creating an image of Emperor gods of Rome linking itself to divine there are striking examples such as Emperor Augustus’ mausoleum which are clear evidence of such practices being a part of imperial action, after all, in times of great distress the Romans had the tradition of consulting the sibylline books . So it is not difficult to imagine that Nero’s eunuch marriage may be linked to the cult of Cybele, whilst acting out the bridal part in a marriage was likely linked to the cult of the war goddess Bellona. The beast act was likely linked to initiatory practices in the cult of Mithras which has already been described above drew inspiration from observation of the stars (including the discovery of precession of the equinoxes) and was at that time spreading into Rome from the orient: it had various curious similarities with Christianity.

The big change in attitude to the Christians came at about the same time as the authoritarian change in Nero’s ruling style – round about 62-63AD, at which point his tutor Seneca withdrew from public office and shortly before the great disaster of the burning of Rome in 64AD.

Nero’s sudden persecution of the Christians was largely driven by his desire to respond to the increasing public displeasure for the Christian sect. Before that disastrous event the hatred of Christians was founded around their evidently different lifestyle to that of other Romans who soon accuse them of incest (given they call each other brother and sister) and of cannibalism (bread = body of Christ).

It was only later that the need for a scapegoat in Rome’s burning added to the brutality with which they were hunted down, trialed with weakly conducted trials and executed with a ferocity which surprised even the non Christians. Perhaps most incriminating was their open refusal to pay homage to the emperor’s divinity and those of the traditional Roman state, which clearly market the Christians as traitors and as such liable to torture and execution – such as covering them in animal skins and throwing them to ferocious dogs or setting them alight as human torches. It is of course likely that the accounts of such tortures are to a degree exaggerated and more likely in keeping with those which would have been customarily been meted out to other criminals but nevertheless they are a sign of what was to come in later centuries.

It is interesting conjecture that Christian antipathy for Nero may have also been driven by his open support to a major rival religion and his desire to make Rome it’s centre, hence making himself both blasphemous and rival in their eyes.

There is no doubt that Neronian propaganda was openly portraying the emperor as an Apollo or sun-god with the radiate crown and/or quadriga. Examples include the back of his dupondius coin (radiate crown), his colossal bronze statue (radiate crown), on statues of the emperor and even the image painted onto the sails covering the theatre of Marcellus in event of the arrival of king Tiridates from Parthia (Syria).

This was clearly in contrast to the Christian faith which was conceptually closely aligned to the sun deity (eg see frescos in the catacombs of Christ-sun god riding the quadriga) yet a direct antagonist of other “pagan” religions which saw their epicenter in Rome itself and particularly those where Nero the emperor, a living person, might have taken a central role as a living deity.

There are numerous coincidental elements which like loose pieces of a jigsaw suggest Nero was an open supporter of the sun-god cult and that he intended to make his new city, “Neronia” its centre.