Shows with Wild Beasts at the Colosseum

Shows with Wild Beasts at the Colosseum

As with the “munus gladiatorum” (offerings of gladiatorial shows), the “venationes” would normally start with a parade around the arena. The animals were dressed up in the most colourful manner and might even be caricatured as famous people.

There were three main types of Venationes:

As with the “munus gladiatorum” (offerings of gladiatorial shows), the “venationes” would normally start with a parade around the arena. The animals were dressed up in the most colourful manner and might even be caricatured as famous people. 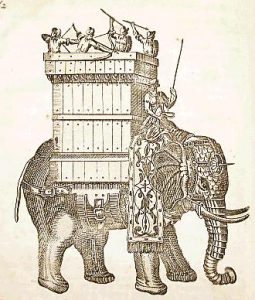 The venatio direptionis, was not dissimilar to a fully fledged safari which allowed the spectators a more active participation. The Arena would be filled with wild scenery such as a jungle and hundreds of animals introduced through the many lifts and hatches. The beasts involved would normally be less dangerous species such as boars and deer.

Before the event, the spectators might receive tickets called “missilia” which denoted the prize they should catch (and take home) or that they could pick up under certain conditions from government offices, such as a prize for catching the first beast. The hunt in honour of Diana at the inauguration of the Colosseum included five thousand beasts in a single day.

On the more ferocious side, all types of animals were used such as bears, lions, tigers, rhinoceros and so on. Sometimes they were chained together in pairs or small groups and other times they were free to attack one another in packs or one type of animal would be pitched against another. For example pitching a carnivore against a herbivore or having two unusual carnivores fight one another such as for example a bear against a crocodile.

Calphurnius suggests there were even fights between bears and huge sea monsters which were made to fight in an arena filled with water:

Amongst his various achievements, Julius Caesar was the first to offer a fight amongst Lions and on his defeat of his adversary Pompey he included forty elephants also. But in a sense this was small fry when compared with later exhibitions: On Titus’ opening celebrations of the Colosseum it is recorded that 10,000 wild beasts were put on show and a little later Trajan presented 11,000 of which 3,000 died over two days alone. A carnage.

One wonders at the sheer ability of those who dressed up and led these wild and nervous animals on such a parade. We balk at the thought of at least half of them being killed and eaten by the other half. The stench of blood and rotting flesh in the sun must have been unbearable.

The third variation on the theme was to use these animals against trained humans called “bestiarii” or “venatores” who according to the type of show might fight the beast to the death or would allow the beast to get so far but would then hide themselves behind protective barriers. Juvenal tells us that even women joined in and went as far as entering the arena bare breasted. In a similar vein Martial compliments emperor Domitian for the women joining in the games.

The animals often had the better of their human adversary but there were also cases when the hero managed to slay a great number of ferocious animals single handedly.Commodus was known for his love of killing wild beasts in full flight with a single arrow, although clearly the beast would be flying at someone else and Commodus himself was protected. Pliny tells us that in one particular show twenty Elephants were pitched against five hundred men

Bull fighting exhibitions were also performed. These are said to have been practiced by the Etruscans before the Romans but that the true revival of these shows is owed to Julius Caesar who had admired them in Crete and decided to copy them. Unlike the relatively modern Spanish Toreros the Roman slaves were hardly trained and so could expect to end the engagement with their own death.

The Roman love for theatrical ridicule led them to blend wild beasts, capital punishment and theatre in an extreme of soap opera: An often quoted example of this has the victims being dressed up as Orfeus and being given a lyre with which to sing and pacify the hungry Lions. We can imagine the likely result.